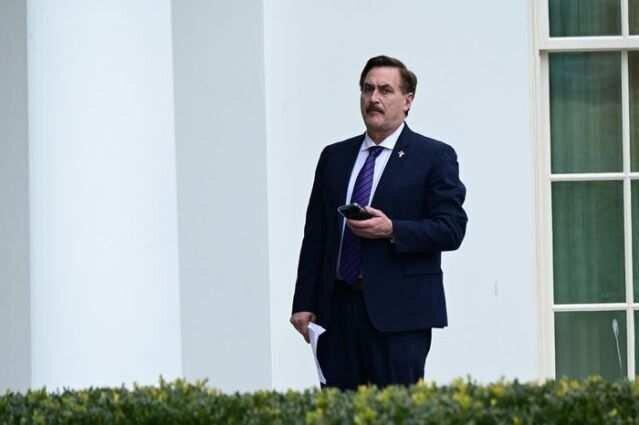 Back
Twitter Inc has permanently suspended the account of My Pillow chief executive Mike Lindell for repeated violations of the company’s policy on election misinformation, the social media firm said.
Lindell, a devout supporter of former U.S. President Donald Trump, in a phone interview with Reuters on Tuesday pushed back at Twitter’s reasons for the suspension, saying Twitter is “trying to destroy Mike Lindell - my reputation and my integrity.”
Twitter had permanently suspended Trump from its platform earlier this month.
Lindell used his personal Twitter account, which had nearly half a million followers, and the My Pillow company’s account to spread unsubstantiated claims of widespread voter fraud in the Nov. 3 election in which Democrat Joe Biden defeated Republican Trump.

Lindell was suspended for repeatedly violating the company’s civic integrity policy, Twitter said in a statement late on Monday. It is not clear which of Lindell’s tweets led to the ban.
Lindell’s political commentary and advertisements are a regular fixture on conservative media.
A self-described former cocaine addict and alcoholic who says he found sobriety through Christianity, Lindell helped sponsor a two-week March for Trump bus tour that ended in Washington on Dec. 14 and spoke at five stops.
He said a fortnight ago that he did not help finance subsequent trips to promote the Jan. 6 rally that devolved into riots as supporters of Trump stormed the U.S. Capitol while lawmakers were certifying the election results.
But the Capitol riots that left five people dead, did not change his views on contesting the election.
“I’m never letting the fraud go,” Lindell told Reuters then.
In Tuesday’s phone interview, Lindell offered his own explanation for why Twitter blocked him.
“You’ve got to realize that they didn’t take my Twitter down because I backed Donald Trump,” Lindell said. “They took it down because they don’t want the Dominion (Voting Systems) machine fraud out there.”
The New York Times reported last week that Dominion has threatened to sue Lindell over his unsubstantiated claims of fraud involving its machines.
Lindell also said on Tuesday that Twitter removed his account after he posted a positive description of him written by an employee. “So now an article goes up about who I really am from a real person. And they wipe my Twitter out forever.”
Source: Reuters
Twitter Mike Lindell