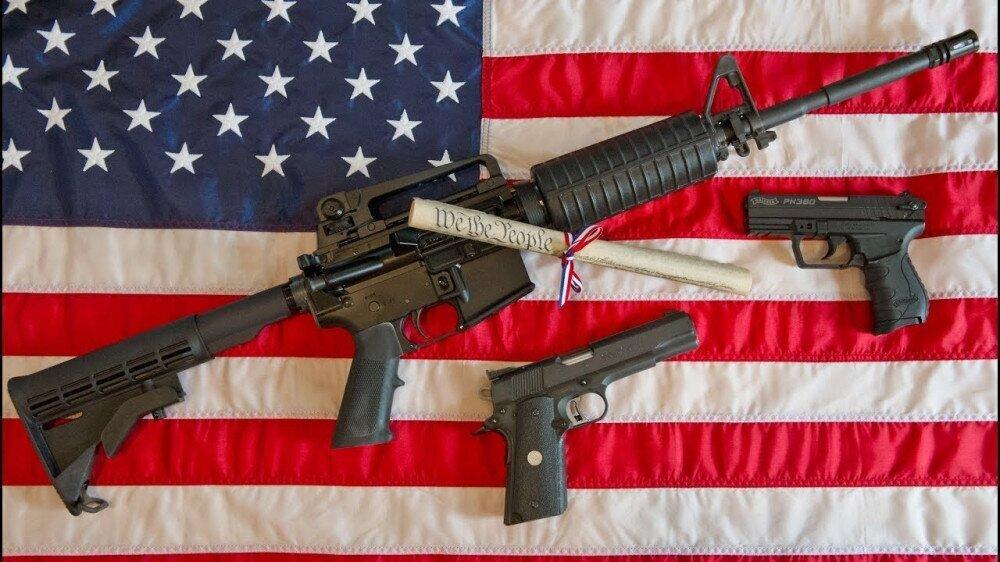 The US is the only country in the world where civilian guns outnumber people, said the Switzerland-based Small Arms Survey (SAS).

It is also the only country where at least one mass shooting takes place every year, said CNN citing the survey.

There are 120.5 guns for every 100 Americans, the report said, which are shocking figures in the backdrop of Tuesday's mass shooting at the Robb Elementary School in Texas which killed 21 people, most of them children.

On the contrary, in some countries, such as South Korea and Japan, this rate hovered around 0.2, near zero, it reported.

The SAS research estimates that Americans own 393 million of 857 million civilian guns available, and this figure corresponds to 46% of the global civilian gun cache.

It also draws attention to the matter that the regular mass shootings are “a uniquely American phenomenon.”

The survey underlined that mass shooting refers to events in which at least four people were killed, excluding the perpetrator and that definition does not include profit-driven criminal activity, familicide, and state-sponsored violence.

The CNN report noted that four out of every 100,000 people in the US were victims of gun violence in 2019, which is 18 times the average rate in other developed countries.

At least one mass shooting took place in half of the world’s developed countries between 1998 and 2009, but no more than eight incidents occurred in any developed country during this period.

Over these 22 years, more than 100 mass shootings occurred in the US and over 2,000 people became the victims of these shootings.

Around 44% of American adults live in households with gun

The report said, referring to a survey conducted in October 2020, that around 44% of the US adults live in a house with a gun, and about one-third possess one personally, the report said.

The US is one of the only three countries where its citizens have a constitutional right to carry or have a gun, in Mexico and Guatemala the rate of gun ownership is almost one-tenth of that of the US.

While many countries in the world take legal measures and fight against armed violence, and the loss of thousands of lives, only about half of the US adults support stricter gun laws and political reforms, and it leads to a deadly “cycle of violence” in society, it said, AA reports.