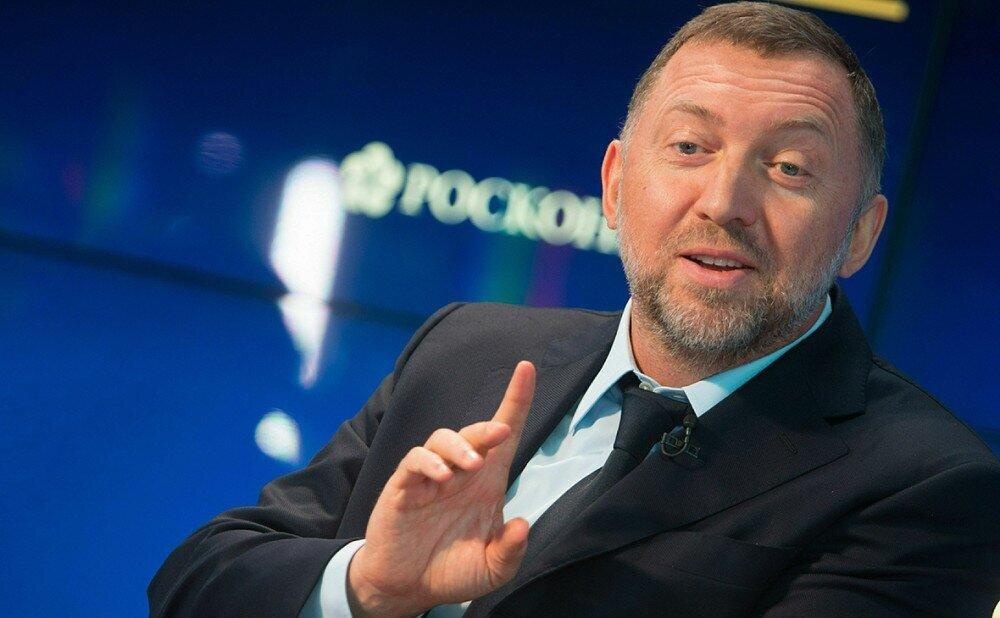 The United States announced Thursday it has indicted Russian metals tycoon Oleg Deripaska as well as his girlfriend and two associates for sanctions evasion.

The U.S. imposed sanctions on Deripaska and his aluminum giant Rusal in 2018 for malign activity in countries including Ukraine and annexed Crimea. The penalties bar him from doing business with U.S. citizens and entities.

According to the Justice Department indictment, Deripaska allegedly retained luxury U.S. properties, conducted financial transactions and arranged for his girlfriend to give birth to their baby in the U.S. through two associates in 2018-2022.

In 2020, the department said Deripaska’s girlfriend Yekaterina Voronina traveled to the U.S. with the help of the two assistants to give birth, granting the child U.S. citizenship by birthright.

"Despite Deripaska’s ongoing support for the Russian regime, Deripaska distrusted the safety of the Russian hospital system," it said in a statement.

Voronina attempted a similar move this year but was denied entry, charged with making false statements and returned to Istanbul, a transit hub for Russians after most Western destinations closed their airspace to Russian planes over the invasion of Ukraine.

The New York Times reported, citing prosecutors, that she had arrived in Los Angeles in June on a private jet paid for by Deripaska.

The Justice Department said U.S. prosecutors plan to launch a forfeiture of Deripaska's proceeds from transactions including the $3 million sale of his California music studio and, according to the NYT, his New York and Washington homes. FBI agents raided Deripaska's luxury properties in New York’s Greenwich Village and Washington's Embassy Row last year as part of an investigation into whether he had violated the 2018 sanctions.

Prosecutors also said that Deripaska’s associates had arranged the deliveries of flowers and gifts to his "social contacts," including an unnamed U.S. television host, a former Canadian MP and his girlfriend Voronina. NYT reported that Shriki had rented a two-story penthouse apartment in Beverly Hills, hired "at least five nannies and a housekeeper," and purchased clothes and iPhones for Voronina on Deripaska’s behalf.

The indictment charges Deripaska's Russia-based associate Natalia Bardakova and naturalized U.S. citizen Olga Shriki with conspiring to violate U.S. sanctions for facilitating transactions on the oligarch’s behalf and funneling the proceeds to him through shell companies.

Shriki was arrested Thursday morning and released on $2 million bond later that day. Deripaska, Voronina and Bardakova are considered fugitives, according to the U.S. attorney’s office.

The charges of conspiring to violate U.S. sanctions carry a maximum sentence of 20 years in prison.

The lawyers and spokespeople for Deripaska and his two associates either declined to comment or did not respond to requests for comment on the indictment.

"The indictment unsealed today signals the United States' ongoing support for the people of Ukraine in the face of continued Russian belligerence," Damian Williams, U.S. attorney for the Southern District of New York, said in a statement.

Deripaska sued the Treasury Department in 2019 on accusations of being illegally targeted and reducing his net worth by more than $7.5 billion; the lawsuit was dismissed in 2021, Moscow Times reports.