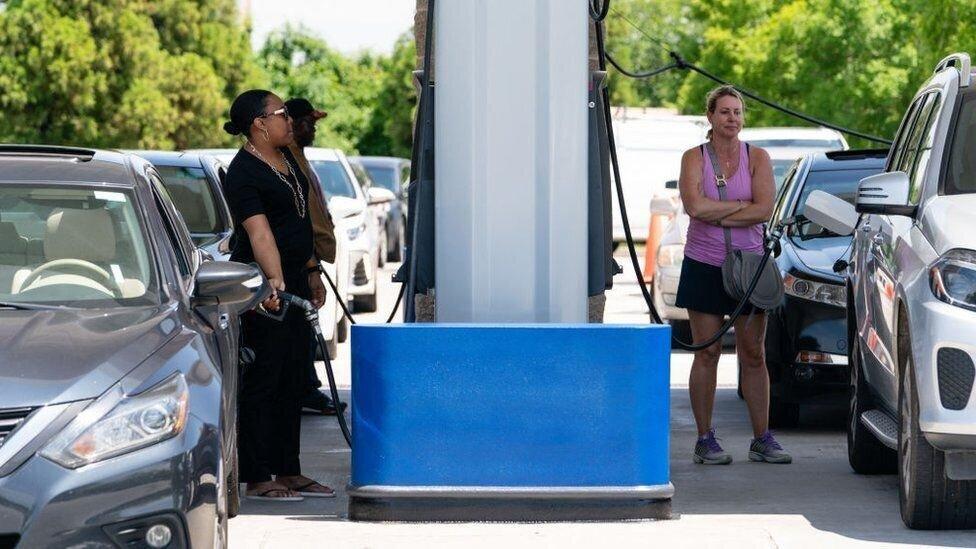 Back
US petrol prices rose on Wednesday as motorists queued to fill up their cars on the sixth day of the Colonial Pipeline shutdown.

The average price per gallon hit $3.008 (£2.14) - the highest level seen since October 2014, according to the Automobile Association of America.
A spokeswoman said that the shutdown and "fluctuating demand" were leading to higher prices.

The US Energy Secretary urged motorists not to hoard petrol on Tuesday evening.
Jennifer Granholm said there was not a shortage but a supply "crunch" in North Carolina, South Carolina, Tennessee, Georgia and southern Virginia, regions that typically rely on the Colonial Pipeline for fuel.
A ransomware cyber-attack on Friday forced Colonial pipeline to shut down the main part of its network.

The operator has suggested that it will not substantially restore operations of the 5,500-mile (8,900km) pipeline network that supplies nearly half of the East Coast's fuel until the end of the week.

Governors in the states of Florida, Virginia, North Carolina and Georgia have all declared states of emergency, which mean they can introduce temporary rules to ease prices in their areas as a result.
petrol United States Colonial Pipeline Petrol prices US Energy Secretary