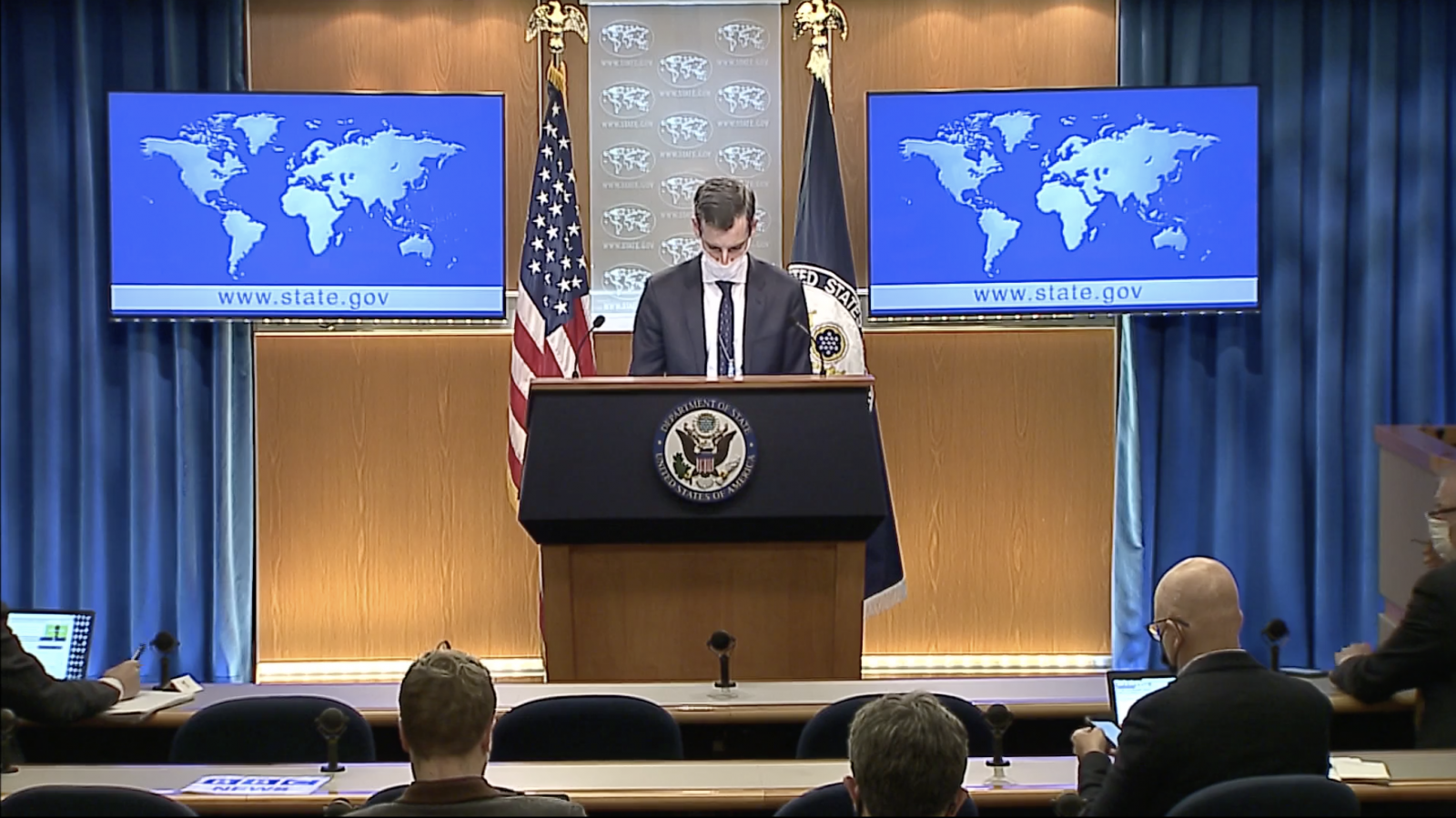 Back
We are deeply concerned by political developments in Georgia - the US State Department's Spokesperson - Ned Price, elaborated further on the question - what more was there on the American side than being deeply troubled, on a daily briefing opened with the official statement on Nika Melia's arrest.
The Spokesperson reiterated the US State Department's position that it again calls on all the parties to exercise restraint and avoid any actions and rhetoric that could escalate or result in violence.
"We urge the Georgian government to act in line with its Euro-Atlantic aspirations and to reinforce its commitment to the principles of democracy, individual liberty, and the rule of law by ensuring that its judicial and prosecutorial systems are free of political bias" - the Spokesperson said.
The daily briefing at the US State Department highlighted that the US supports the independent, secure and prosperous Georgia.
"We will continue to work with Georgia to promote the rule of law" - Ned Price said.
see: US STATE DEPARTMENT STARTS OFF DAILY BRIEFING WITH THE ARREST OF MELIA; SAYS THE US DEEPLY TROUBLED
Georgia Nika Melia Ned Price US Department of State