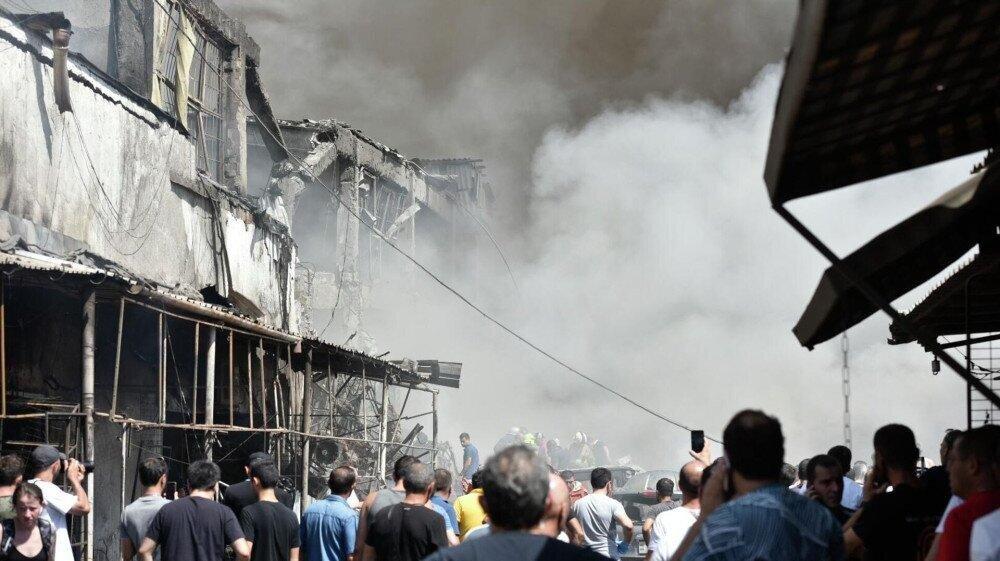 At least one person has been killed and an unknown number of people are feared trapped in rubble after a strong explosion ripped through a retail market in Armenia’s capital Yerevan, according to officials.

Rescue workers were working to pull people out of the rubble, Levon Sardaryan, a spokesman for the Yerevan mayor, told The Associated Press news agency.

Maria Titizian, a journalist based in Yerevan, said the market building has crashed and is still burning. The casualty figures are expected to increase, she said.

“It’s a very busy market in the afternoon and that is why at this moment it is difficult to give exact numbers,” she said.

“According to the ministry relevant to emergency situations, the fires started where fireworks are sold, they believe that was the cause of the explosions but at this point it cannot be confirmed,” Titizian said.

The Ministry of Emergency Situations said there were 10 fire engines on the spot, and 10 more were on their way to the Surmalu market, located about 2km (1.2 miles) south of the city’s centre.

The cause of the blast was not immediately known.

Photos and videos posted on social media showed a thick column of black smoke over the market as successive explosions could be heard.

The emergency ministry said at least 20 people were injured in the blast, Al Jazeera reports.