Bidzina Ivanishvili made his choice at the election 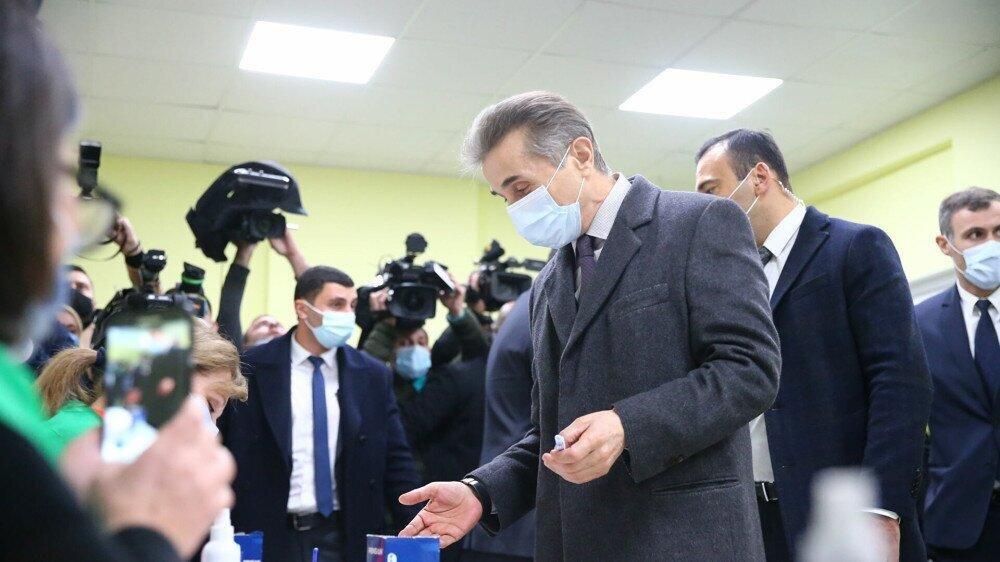 Back
Bidzina Ivanishvili, former PM of Georgia, and his wife Ekaterine Khvedelidze voted on the election district #4 of Mtatsminda.
After taking the mask off his face for the election commission member to identify Ivanishvili, he smiled and received three ballots: One for the Mayor; one for Municipal Assembly, and one for the proportional list.
This is the first time that Ivanishvili appeared in public.
Ivanishvili did not make any comments for the media.
view: WHO ARE THE 16 CANDIDATES RUNNING FOR TBILISI MAYOR?
WHAT ARE THE RULES FOR SELF-GOVERNMENT ELECTIONS 2021?
Bidzina Ivanishvili Elections2021