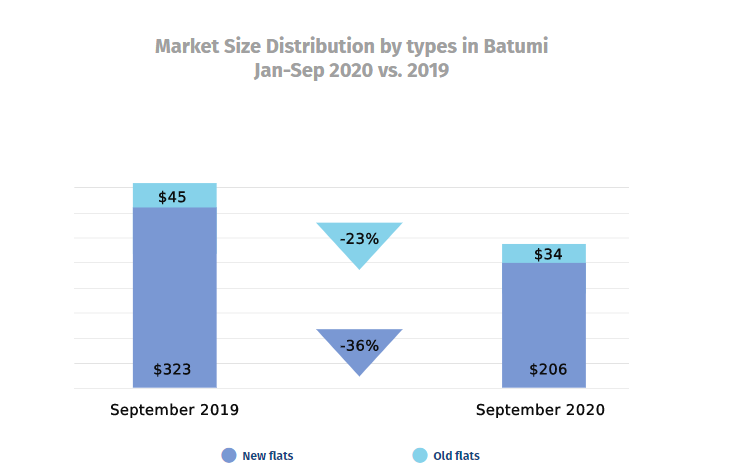 In September 2020, 710 transactions were registered in Batumi, that is 39% lower than the previous year. As for the market size, the figure stands at USD 32 million, reflecting a 37% decrease compared to the same period in 2019, - Colliers International Georgia reports.

The number of new apartment transactions is 30% lower than the same period in 2019, while the number of transactions registered on old flats has decreased by 25% and accounts for 780 units.

In the first three quarter of 2020, the market size of new flats is 36% less than the same period in 2019 and accounts for USD 206 million, while the figure for old flats is 23% lower and amounts to USD 34 million.

The weighted average selling price of new flats in the period of January-September 2020 is USD 774 per sq m, reflecting an 8% decrease, when compared to the same period in 2019. As for the old flats, the WAP accounts for USD 673 per sq m, depicting a 2% increase.