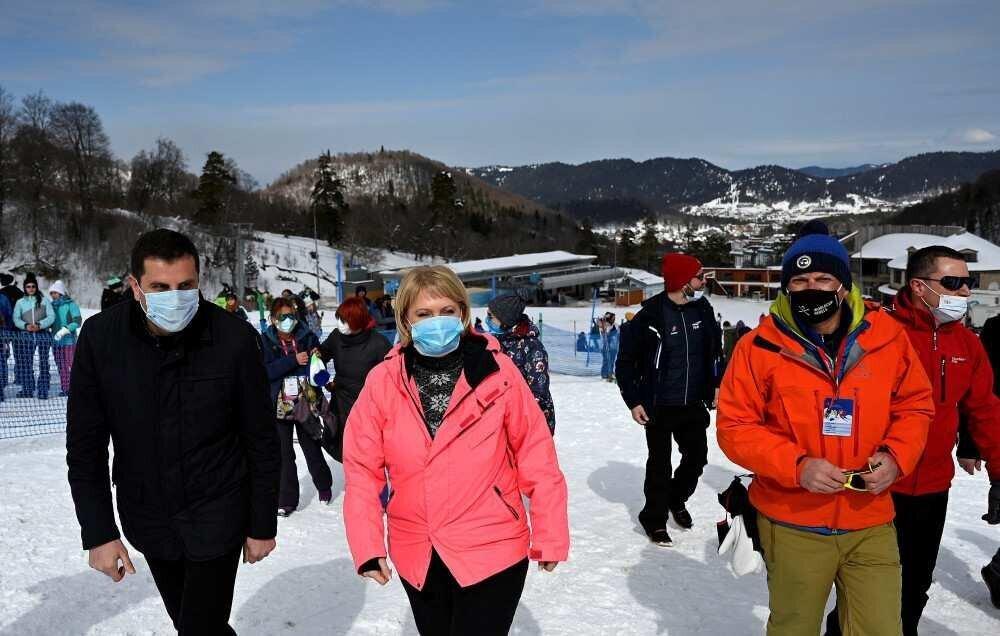 The Ski Cross World Cup closed in the Georgian ski resort of Bakuriani yesterday. According to Natia Turnava, Minister of Economy and Sustainable Development, Bakuriani was in the center of attention through the last three days. Minister of Economy notes, that a similar high-ranking competition will be held in snowboard cross in a few days.

“The International Ski Federation appraised the quality of our infrastructure at the highest level, "said Natia Turnava.
According to the Ministry of Economy, both competitions are held in Georgia under the auspices of the International Ski Federation. At the same time, Bakuriani is the first mountain resort in the region, where the federation decided to hold such a high-ranking competition.

The Minister noted, that despite the pandemic in 2020, the construction of a new ropeway and skating rink in Bakuriani was completed, as well as the artificial snowing component was improved.

"The competition was held at a very high level. This is the first such high-ranking sports event in Bakuriani, which means that we are already on the world winter sports map. We are also preparing for the World Cup, which will be held in 2023, "- said the Minister.

According to her, the current ski-cross competition in Bakuriani was covered by world media. "Today, many people abroad watched Bakuriani and Georgia. This is a very big step forward not only for the development of our sport and young athletes, but also for the re-activation of our tourism potential, because the world got to know Bakuriani through this competition, ”Natia Turnava said.