European Choice Of Georgia Is Our Decision With No Alternatives - PM 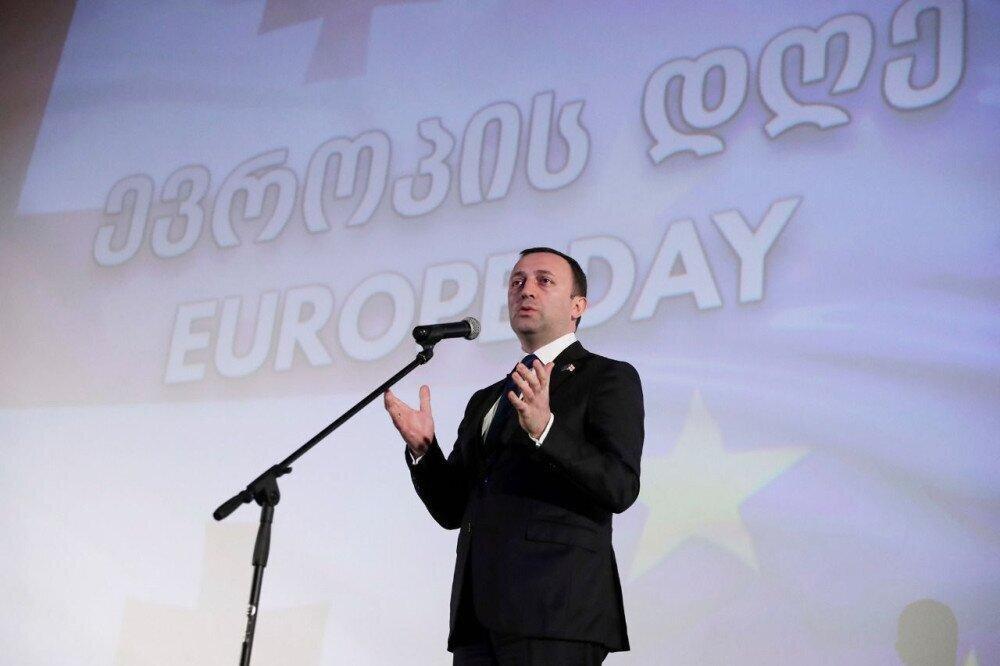 The European choice of Georgia is our decision with no alternatives. Of course, it is not only a decision made by our government, but a choice of our - Georgian - people. It was announced by Irakli Garibashvili, Prime Minister of Georgia when addressing the audience at an event dedicated to Europe Day.

According to the Head of Government of Georgia, a historic document - EU-Georgia Association Agreement - was signed in 2014, which was followed by very important, practical and tangible results.

"First of all, I wish to thank Mr. Carl Hartzell for the celebration and invitation. I am delighted to join the event and once again congratulate you on Europe Day. At the same time, I wish to say that we have been celebrating a Victory over Fascism for the 77th year in Georgia. We understand very well that fascism, which was a challenge not only for Europe, but the entire world, was defeated with our unity. I wish to recall the great merit of a lot of Georgians in the fight for victory over fascism. Unfortunately, 77 years after, unequal and unfair war is waged in the heart of Europe - the largest European state - Ukraine today, which is a challenge not only for Ukraine, but the entire Europe, of course.

We once again join the calling and wish to reiterate our solidarity towards Ukraine and Ukrainian people, wishing peace and quick recovery to our friendly nation. The European choice of Georgia is our decision with no alternatives and it is not only a decision made by our government, but a choice made by our - Georgian - people, of course.

We signed a historic document in 2014. It was an EU-Georgia Association Agreement with DCFTA and Free Trade Agreement, which was followed with very important, practical and tangible results such as visa-free travel arrangement. You may all be aware that we officially filed an EU Membership Application in March. I once again wish to note that completion of a war in Ukraine is utterly important to all of us, of course. I once again repeat that it is a challenge for the entire Europe and for European security, of course. Consequences of the war will define the future of the entire world, us included.

Thus, the response of the modern world to this challenge in Europe is very important. We - Georgians - have shared values with Europe. These are the values that are fundamental and we will never divert from them. Glory to united Georgia and entire Europe!" stated the Prime Minister of Georgia.

Event dedicated to Europe Day was held at Amirani Cinema Hall by the EU Delegation in Georgia. Anthems of Georgia and the EU were performed. Guests were addressed by H.E. Carl Hartzell, EU Ambassador to Georgia; Salome Zourabichvili, President of Georgia; MP Shalva Papuashvili, Chairman of the Parliament of Georgia. A feature film directed by Giorgi Kvelidze under the title of Me and Europe was premiered at the event dedicated to Europe Day. Event was attended by representatives of the executive and legislative authorities of Georgia, along with diplomatic corps accredited in the country.