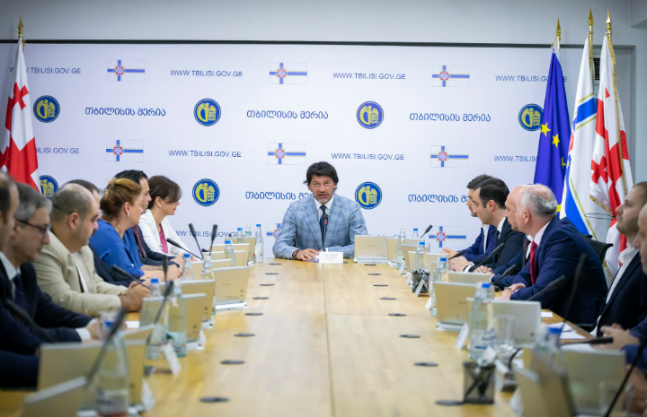 According to him, the Tbilisi City Hall has to issue a construction permit, so the City Hall will decide whether something should be built there or not.

“Our position has already been voiced that the placement of such buildings in Vake Park is unacceptable. The matter cornered to the construction of 9-storey building and we refused. Talking about it at the briefings is something new, as the author of the project has no problems in communicating with us. We are ready to relocate a new place. They have the opportunity to continue communicating and negotiating, to see alternative spaces”, Kaladze said.

According to him, given the current situation, implementation of such projects in Vake Park is unacceptable.

“You know that we are planning to rehabilitate Vake Park. When we already have a project and move on to construction, it will be possible to sit down and talk. Given the current situation, such projects in Vake Park are unacceptable. The capital city council has to give permission, so we decide whether something should be built there or not,” the mayor said.