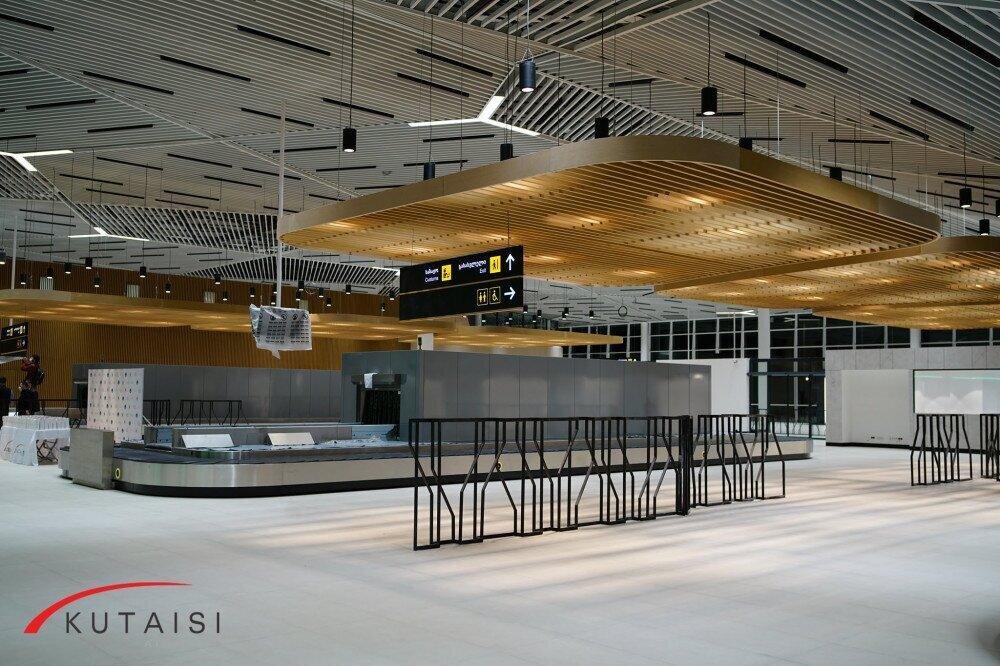 Back
Kutaisi International Airport meets the beginning of the summer season in an updated form. The renovated David Agmashenebeli Airport was opened for passengers. Wizz Air has resumed direct regular flights between Georgia and Europe. After the pandemic, the first regular flight from Vilnius to Kutaisi was carried out.
The size of the renovated airport terminal has quadrupled to 30,000 square meters. 18 registration counters were arranged in the terminal, out of which two will be baggage drops and passengers will be able to hand in their luggage if they go through the online registration mode.
The concept design of Kutaisi International Airport Terminal belongs to the Dutch architectural company UN STUDIO, and the interior design of the terminal from the Georgian side was designed by the architect-designer of the Georgian Airports Union Mariam Karkarashvili, who adapted the existing concept to the airport requirements.
"From May Wizz Air will increase the number of flights to Riga and Dortmund. Also, from May 2, the completely new, low-cost Kazakh airline FlyArystan will start operating at the airport for Kutaisi, which will operate direct regular flights between Central Asia and Georgia in three directions. Other news will be introduced in stages at the airport in parallel with the resumption of operations," said Tamar Archuadze, head of the Airports Union.
Wizz Air Kutaisi Airport

What Does Gastro-Tourist Facility From Racha Offer To The Guests?

Assets of Georgian Banks Increased to 58.6 Billion in September, Which Is 100% of GDP