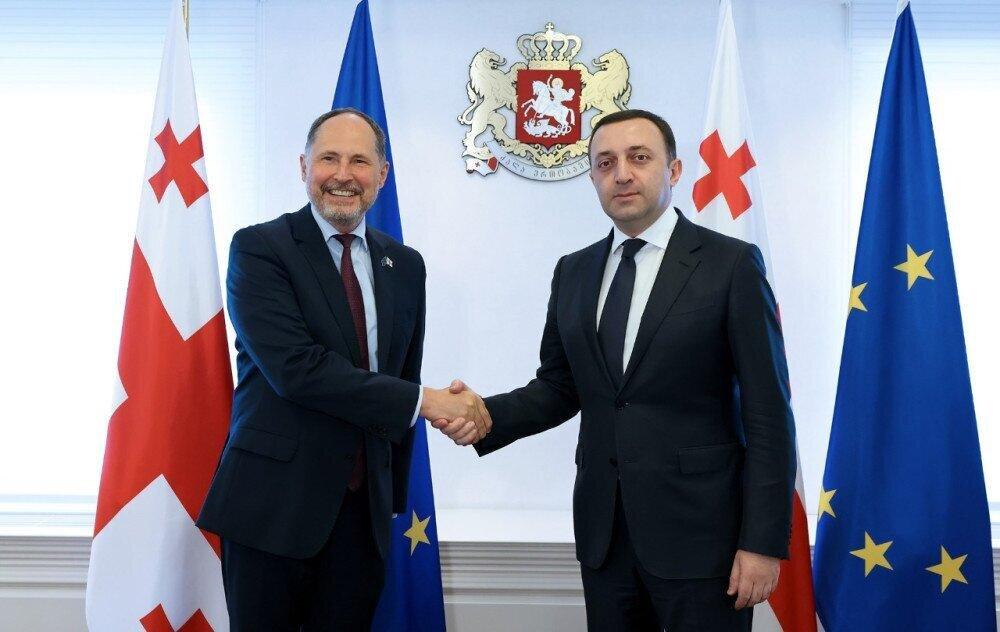 Principal directions of the European Union-Georgia Association Agenda were discussed on Friday in a meeting between the Georgian Prime Minister Irakli Garibashvili and Pawel Herczynski, the European Union Ambassador to Georgia.

The officials noted by granting Georgia the European perspective in June, the European Council had confirmed the country’s future was “in the European Union”, and that the decision had laid a foundation for a “new stage” that should bring it to EU membership, the Government Administration said.

Garibashvili stressed his Government had reacted “immediately” to the decision of the European Council and presented an action plan to fulfill the 12-point conditions of the latter for the country to obtain the membership candidate status.

Garibashvili and Herczynski also noted relations between the EU and Georgia were “at a high level”, with the country “firmly” following its European path.

The head of the Government also thanked the new EU Ambassador for his “steadfast support” of Georgia's territorial integrity and sovereignty.

I Am Ready To Employ 10-15 People Without Qualification - Kumisi

I Assume, We Will Revise The Outlook In A Positive Direction Late This Year - Molineus

Inflation of 10.4% Has been Observed In Georgia In November