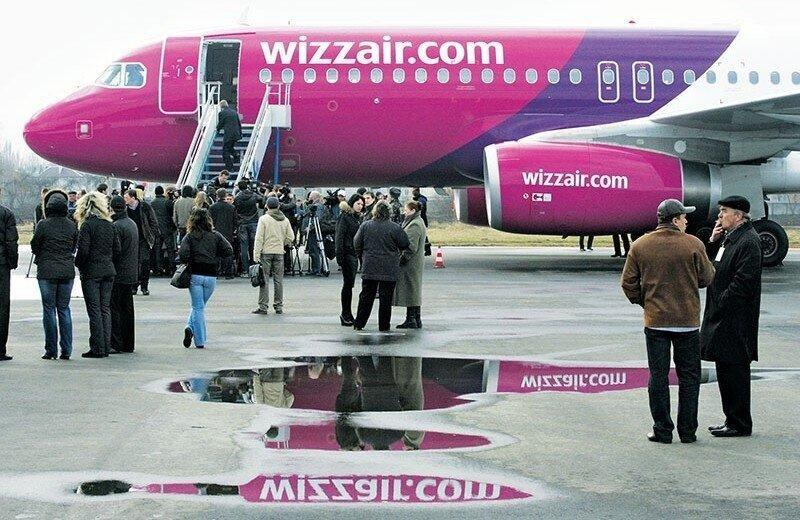 Back
Encouraged by the newly signed European Union-Ukraine Open Skies treaty, Europe’s third-biggest low-cost airline WizzAir is significantly increasing its flights from Ukraine.
The Hungarian company is adding five new countries to the list —  France, Belgium, Netherlands, Spain and Portugal.
“It (treaty) allows us to operate in new countries, adding new cities, which previously we couldn’t do,” said Robert Carey, WizzAir President, during a press conference on Oct.13.
Over the next year the company will gradually launch 12 new routes from Kyiv Sikorsky International Airport, including to Paris and Nice, Spain’s Barcelona and Madrid, as well as Porto, in northwest Portugal.
The first new flights will be to Paris in mid-December. The Swiss city of Basel will be the last in the list with flights commencing on Aug.1 next year.
WizzAir also added nine new routes from Ukraine’s western city of Lviv. Destinations include Madrid, Paris, Nice, Athens, and Thessaloniki, a Greek city on the Aegean Sea.
Ticket prices were not affected by the Open Skies treaty will start for all destinations from 25 euros.
“Our policy is to offer the lowest possible price for our passengers,” said Carey.
With the new destinations, the total number of WizzAir routes from Ukraine will reach 117 in 22 countries – a result the company has achieved after 13 years of operation in the country.
In addition to new routes, WizzAir is going to nearly triple its fleet in Ukraine, from the current four planes deployed at two airports to 11.
Within the next six months seven new Airbus A321 planes will arrive in Ukraine, five at the Sikorsky International Airport and two in Lviv International airport.
Each plane will be able to carry about 230 passengers.
Without disclosing the total amount of the investment WizzAir is injecting, Carey admitted that the average price for an aircraft is 100 million euros.
“This is a very substantial investment we are making on the back of yesterday’s announcement of the new EU open skies agreement,” said Carey.
With this move, WizzAir will boost its share of air transportation in Ukraine from 14% to 29% making the carrier the second biggest on the market.
“This will more than double our capacity in Ukraine,” said Carey. “This is the true indication of how important Ukraine is for WizzAir.”
The airline will also hire 288 new employees, double what it currently has in Ukraine.
With the new fleet the airline expects to increase the number of flights from the different airports. For instance, instead of three flights to Berlin from Lviv, there will be four.
According to the CEO of Kyiv International Airport Denys Kostrzhevskyi, the airport will handle about one million passengers that WizzAir is expected to attract this year.
With new routes and fleet, WizzAir anticipates it will serve some 2.5 million passengers in Kyiv airport.
“The airport is able to serve 1,100 passengers per hour. We have sufficient for that,” said Kostrzhevskyi.
At the same time, while WizzAir is “interested in all opportunities,” the airline has no plans to become involved in domestic flights in Ukraine.
To get permission for that, WizzAir would need to create a Ukrainian airline adding more “complexity to operation.”
“In general, we like to keep it simple. Currently, it’s not what we’re looking at,” said Carey.
Wizz Air Ukraine European Union Aviation